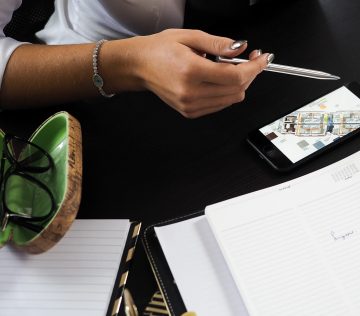 Life moves faster than laws; tax laws can lag. Over the last year, we’ve seen a great deal of press covering sales tax reporting changes because of Wayfair (the US Supreme Court decision South Dakota v. Wayfair, Inc.); however, we’ve not heard nearly enough about changes that have occurred related to income tax. Specifically, there’s been a shift among states to tax the income of businesses outside their borders. A state where you are not physically located can tax your income based on services and intangibles you provide in that state.

Historically the US economy was based mainly on the production and sale of “widgets” that were sold across state lines. These sales transactions did not create income tax liability and, by themselves, they still do not because of protection by the Interstate Commerce Clause (PL 86-272). Over time, though, our economy has shifted to selling “services,” and these are not protected by this Clause. Services are now the majority of what is sold; examples range from a licensed service technician repairing a washing machine, or an architect designing a new football stadium, or even a CPA providing valuable tax advice. When these services are provided across state lines, they are not protected by the Interstate Commerce Clause. No protection means possible tax exposure and income tax liability.

In the past, many states levied income taxes on the companies providing these services only if they were actually performed in that state. That tax restriction has been shifting with different concepts of “nexus” such as agency nexus or economy nexus. So, for example, that licensed service technician is considered an agent of the manufacturer and creates nexus (a taxing relationship) for the manufacturer in the state where the technician provides the service; that Louisiana architect designing a football stadium in the Northeast could be creating a nexus with that other state. Taxing income has moved to include “market-based” sourcing, which is sourcing revenue for a service or intangible to the state that receives the benefit of the service or intangible, regardless of where the business resides. This means for both the architect that designed the football stadium and the CPA providing tax advice, each for clients across the country, each may have income tax exposure in the state where their clients reside, even if the architect or CPA never leaves their offices.

At this point, over half of the states have adopted market-based sourcing, and all have adopted agency nexus (imagine the Whirlpool repairman). Both of these can affect your income tax.  These sourcing rules are not the same in every state and are rarely straightforward. To discuss how this revenue shift for income tax reporting may affect you, please contact one of our tax professionals. While some tax laws lag behind how we’re doing business, you want to be prepared for those changes where and when they come. Let us help you.

Manager II, Federal, State and Municipal Tax at Wegmann Dazet - The Entrepreneur's CPA
Ms. Civello has over 15 years of experience including practice in public accounting, as well as private industry with a focus on taxation.